With so many giants falling early on, the controversy and drama generated by VAR and only one goalless draw in 64 matches, we must admit that Russia's World Cup has been far from being dull!

The semi-finals were an all European affair, with Belgium, England and Croatia returning to this phase after many decades. 2018 World Cup champions France have had a hesitant start, grabbing two narrow wins against Australia and Peru, and drawing their final match in the group stages against an unimpressive Denmark. Withal, Mbappe’s runs and Griezmann’s overall greatness have driven France all the way to the final, where Didier Deschamps’ men defeated Croatia 4-2 and lifted the trophy for the second time after 20 years.

We’ve put together a list of memorable facts you should be aware of regarding the 2018 edition of the tournament. At the end of this section you’ll find the longest odds you could have wagered on and win on the moneyline markets this summer in Russia:

Defending champions haven’t done a pretty good job at the World Cup during the past couple of decades, and Germany seemed to continue the trend started by France back in 1998. At the moment, four out of the last five World Cup Winners have been eliminated in the next tournament at the group stages:

A record number of penalties have been awarded: 29, out of which 9 were given after VAR reviews. Interestingly, Cristiano Ronaldo and Lionel Messi were the authors of two of the 7 penalty kicks that failed to be converted into goals this summer in Russia.

Is live betting your game? Come and play right now: the No. 1 in-play betting bookmaker awaits you!

No goalless draws have been registered in the first 20 matches of the FIFA World Cup for the first time in 64 years. The new record stands at 35 consecutive games with goals. France v Denmark was the fixture that ended the sequence.

Stop buying their odds. Be the bookie! Register with our recommended UK betting exchange and make your own odds!

The 2018 World Cup was broadcasted in 210 countries, and the broadcasting rights have generated in excess of 2.2 billion pounds. More so, the total attendance in Russia counted 3,031,768 spectators over 64 matches, with the largest attendance being recorded at the opening match, Russia v Saudi Arabia: 78.011.

We’ve witnessed no less than 12 own goals this summer in Russia – a record in the World Cup. The previous own goals record was 7. Peculiarly, Croatia’s star Mario Mandzukic became the first player to score an own goal in the World Cup final.

Are you looking for the best odds on Premier League football? Sign up with this bookie and see for yourself!

Cristiano Ronaldo became the oldest player to score a hat-trick at the World Cup when his tremendous free-kick effort defeated David De Gea in the 88th minute of Portugal’s 3-3 draw against Spain. The new Juventus signing was 33 years and 130 days old when he scored on the 15th of June. The former Real Madrid legend has also been the fastest athlete in Russia, being clocked at 21.1 miles per hour.

This is our favourite bookmaker for Asian handicap betting

The players didn’t seem to forget that the VAR system was in place if we come to think that no direct red card was given at the 2018 World Cup, where we’ve seen only 4 sending-offs. We can’t ignore the substantial disciplinary improvement if we compare this year’s edition to the previous ones: referees awarded no less than 26 red cards in 2006, 17 in 2010 and 10 in 2014.

Try our UK recommended online bookmaker and start betting online in a couple of minutes!

The two biggest upsets of the 2018 World Cup both involve Germany. Low’s side lost on their debut in Russia 0-1 to Mexico, who’s price for a win was standing at 7.50 at this top UK bookmaker. But the highest odds on the 1X2 moneyline betting market that ha won were those offered for South Korea’s win against Der Panzer: the odds for the Asian squad’s victory were priced at an incredible 19.5 at this high limit online bookmaker.

World Cup 2018 Infographics At A Glance 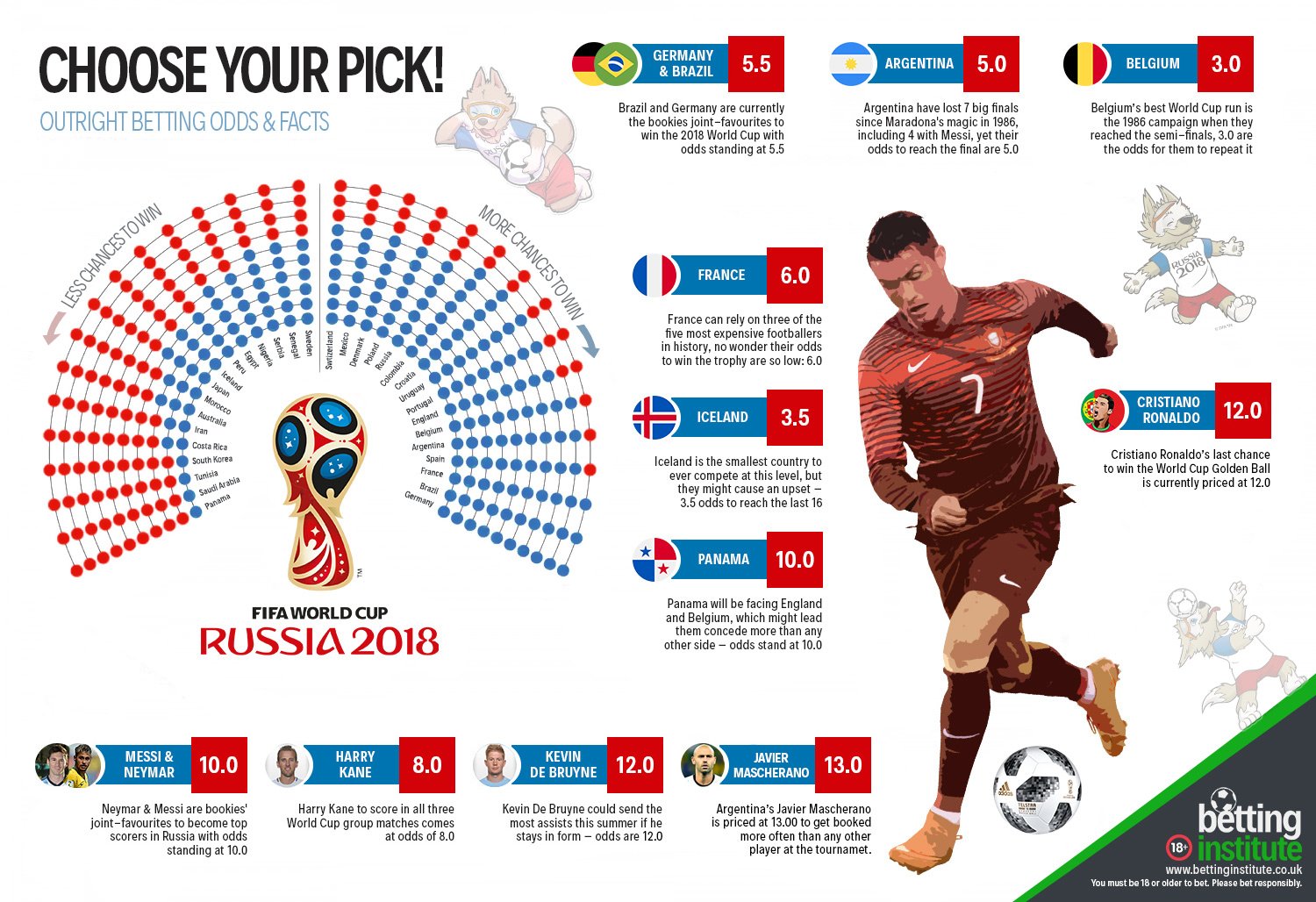 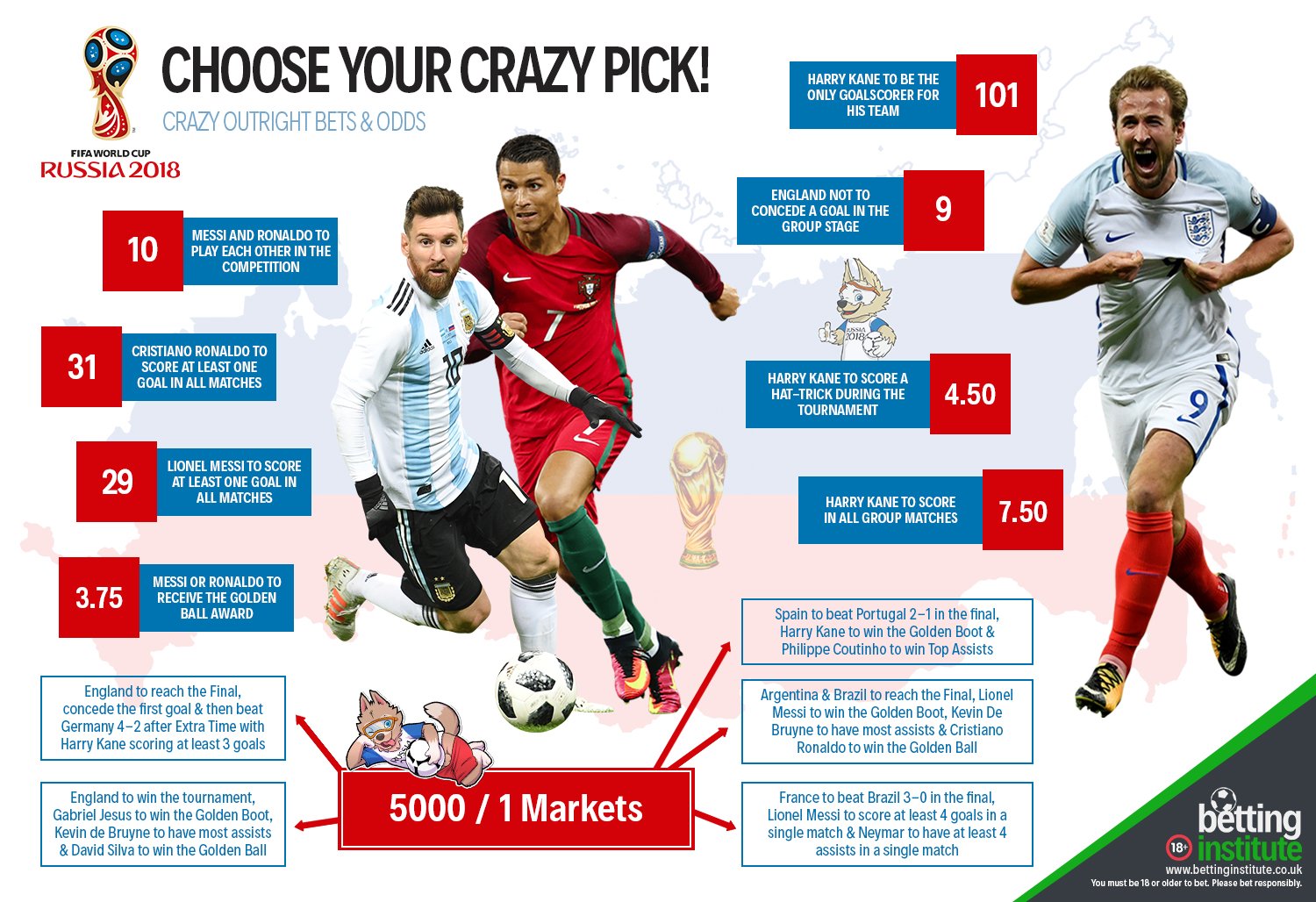 The 20 previous tournaments only produced eight different victors. Could this World Cup bring us the ninth? Take your chance and bet now! 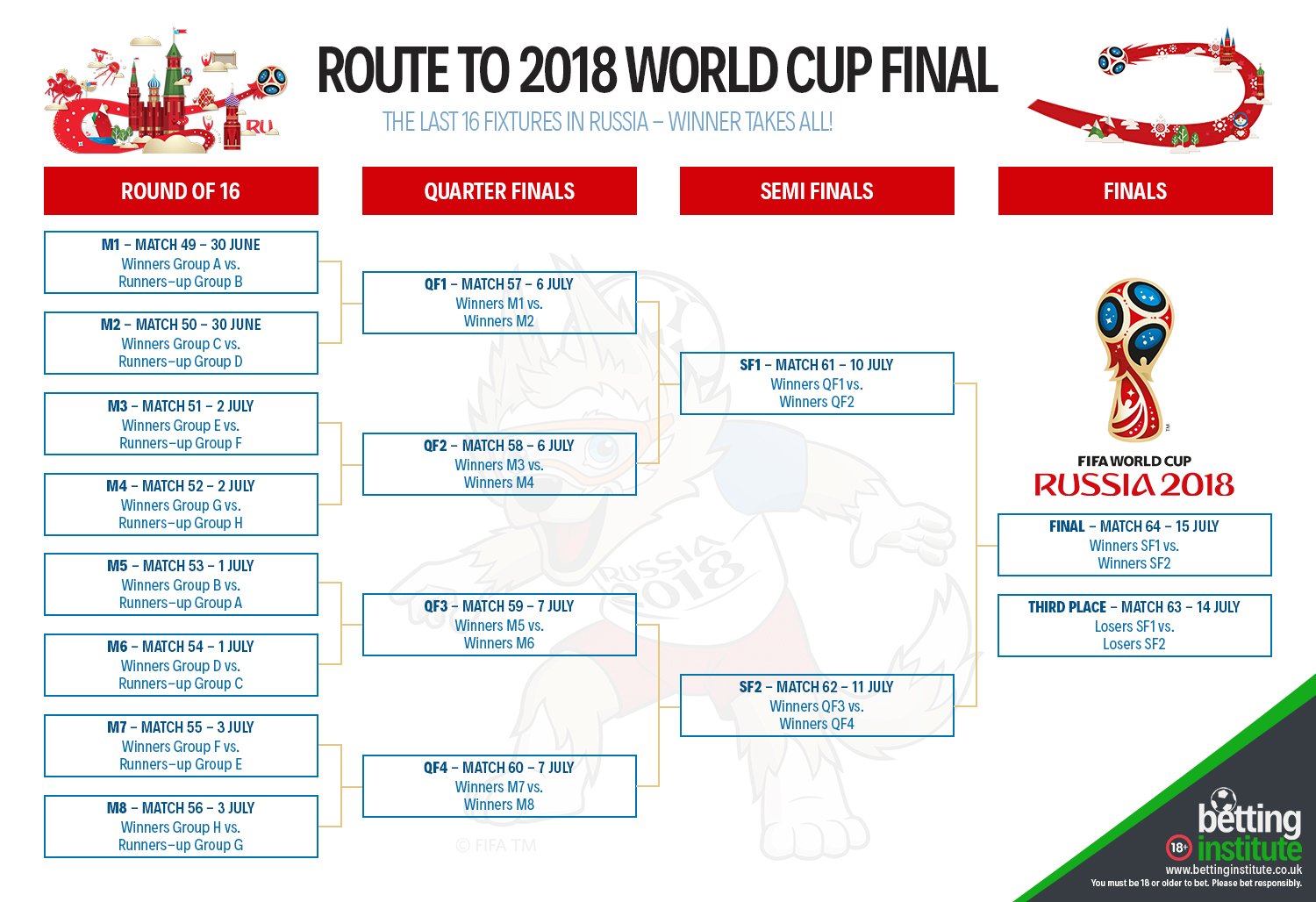 Below are the results of each of the 64 matches played at the 2018 Russian World Cup:

What Happens to a Bet if a Game is Abandoned, Postponed or…

Check out the recommended UK Online Bookmakers and discover the best Free Bets and Betting Offers available for you today!

Learn how to bet on football and win – See Full Article

Stop buying their odds. Be the bookie! Register with our recommended UK betting exchange and make your own odds!